Hopi Ear Candling is an ancient remedy for cleaning toxins and excess wax from the ear canal. It’s been around for centuries, yet almost unknown today, slowly it is returning to be used in modern society. The procedure is completely painless, and gives one an amazing feeling of balance and wellness, it takes about 45 minutes all up to do both ears and is something every one of us should experience for the energy received. Not only is Ear candling just done for this sense of wellness but can also obtain beneficial results in various cases of:

Astarté has been Ear Candling for many years, and recommends this practice once every 4-6 weeks, to keep you clear and balanced. Great also for children of all ages 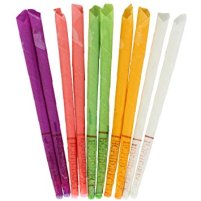 Also known as an ear cone, an ear candle is a thin, hollow tube of linen or muslin cloth, soaked in paraffin or beeswax and tapered at one end. Some are scented with herbs, honey, or aromatherapy oils.

Ear candle treatment has been handed down by many ancient civilisations, but it is thought that the Ancient Greeks were among the first to use the technique. They referred to it as ‘coning’ and used it specifically for cleansing, healing and purifying on a spiritual basis.

The Greeks used pottery clay to make coned shaped instruments, and carved a double helix inside to create a downward spiral energy flow for smoke and heated air once the candle was lit. This carried burning herbs down into the ear canal, helping to cleanse and draw out debris and impurities.

Gradually more and more ancient cultures picked up on the practice, including the Chinese, Egyptians, Mayan and Inca tribes. The modern incarnation of ear candling however is primarily based on the technique envisaged by the Native American Indian tribe, the Hopis (meaning ‘peaceful people’).

The Hopis – who were known for their medicinal knowledge – used ear candling in rituals and healing ceremonies, and developed a specific candle formula to enhance the treatment’s holistic and therapeutic benefits. The main ingredients they used in their candles included cotton, beeswax, honey, sage, chamomile and St John’s Wort – a formula still used in modern ear candle treatments today.